The Future of Sustainable Living With Safe Waste Renewal 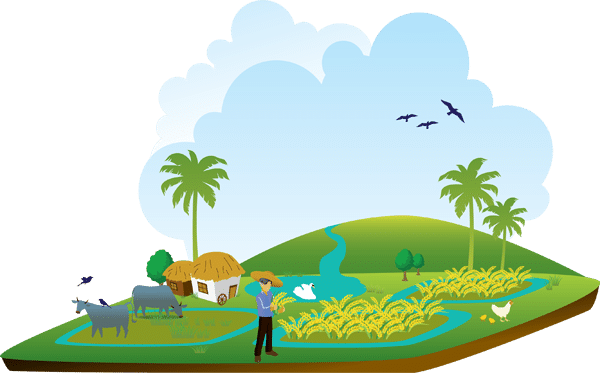 In nature, there is no such thing as waste. Instead, everything moves in cycles where nothing is ever created or destroyed, but simply recycled.

Currently, human beings on the other hand, don’t work in the same way. Our society has made waste part of our way of life. In fact, it’s so automatic, that many of us think very little about putting plastic wrappers into the rubbish bin. In fact, New Zealanders are still sending around 2.5 million tonnes of waste to landfill each year.

In the same way that we have become conditioned to remove our household waste without much of a thought, we have also taken a very similar attitude towards treatment of our human waste. Yup, I’m talking about our pee and poo. Although really, it’s a bit unfair that we even refer to our human excreta as waste, because in fact, it’s a very valuable resource for our planet.

Unlike much of your household waste, human excreta is extremely bio-degradable, and through a simple process known as composting, it can be turned into a very safe, and nutrient dense fertiliser for your garden. In fact, when correctly composted, it is safe enough to use to fertilise and add nutrients to your vegetable garden.

In today’s world of high yield agriculture, loss of topsoil is a huge problem. In fact, over the last 150 years, we have reduced the amount of top soil on the earth by half. This is the same topsoil that we rely on for production of our food supply. In fact, due to our modern agricultural techniques, such as monocropping, and the heavy reliance on artificial, petrochemical based fertilisers and combined with other decimating environmental factors such as deforestation, many regions of our planet are now facing a frightening phenomenon known as desertification, where the land becomes increasingly arid, and loses its ability to retain water and sustain life.

A large reason for this, is the gap in the nutrient cycle. An animal will eat berries in the woods. They will then poo in the woods. The nutrients from that poo end up composting back into the soil, and becomes nutrients for new plants to grow. Now, instead of a berry in the forest, let’s think of a field of corn grown for human consumption. The corn is planted, and uses nutrients from the soil to grow. That corn is harvested, and removed from the land. The corn is eventually sold to, and consumed by humans who absorb those nutrients from the food. They then poo into a toilet, which is then flushed. The poo, instead of returning to the land ends up washed away, chemically sterilised and in many instances, ends up being flushed out into our oceans. Because these valuable nutrients are not being returned to the land, the corn field requires artificial fertilisers to be added in order to grow the next season of corn. Over time, this leads to a steady reduction in the topsoil, as the biomass is not being replaced. It also leads to a demineralisation of the land, as these common fertilisers use only a small number of the trace nutrients which are essential to healthy soil.

Understanding just how valuable our waste is to the cycle of food production on the planet is crucial for beginning the journey towards composting our waste. Of course, one of the reasons that many people are turned off by the idea is the belief that it is unsafe, and that somehow your own excreta has the potential to make you sick.

<>It is true that human excreta can contain certain pathogens, and raw human sewage should never be applied to vegetable gardens. That is where the composting process comes in. In particular, a process known as thermophilic composting. In this process, thermophilic bacteria are responsible for breaking down the organic matter in the compost. As a result of these bacteria at work, heat is generated, often over 60 degrees Celsius. At this temperature, all pathogens are quickly killed, and the compost becomes safe to add to our gardens.

Our future existence on this planet relies on our ability to fit into natural cycles. The more that we can implement human systems that mimic those of the natural world, the less harmful our civilisation will be on the earth. In many cases, this simply relies on us changing our mindsets. The next time you go to flush your toilet, think of the loss of nutrients, the loss of top soil and the loss of our ability to live on a bountiful planet. Instead, seriously consider switching to a composting toilet. Stop creating waste, and start creating valuable resource for the earth. It’s one very large step to creating a much healthier relationship with our planet, and regaining our place in the ecosystem.

This message is only visible to admins.

Error: An access token is required to request this resource.
Type: OAuthException